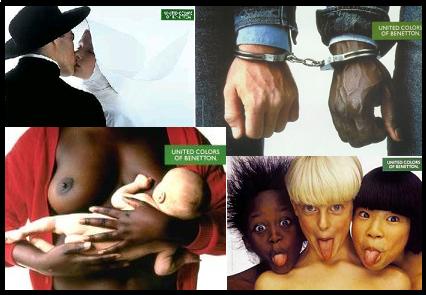 Benetton has been known for producing a long-running series of controversial, sometimes offensive, advertisements that have caused a number of media critics to accuse the company of deliberately creating controversy in order to sell its products. This publicity campaign originated when photographer Oliviero Toscani was given carte blanche by the Benetton management.These are some of the publicity campaign:

jaja. Why do you suppose that I've copied the text?? You think .....;)
(no escribo mas que me estoy metiendo en un jardin de flores)

What's up? since I've seen that article is written in English I suppose that also I must write in English. Firstly, I've a quetion, wherefrom you have copied the text? lol.